What exactly is 'old-school modding'?

It seems almost an inevitability that with any passion-fuelled hobby or interest comes the possibility of a clash of generations, so to speak. The hipster movement is quite the embodiment of this, the idea of liking something before it became mainstream. Perhaps it's seeing your favourite band switch their style over time to suit their current growing fan base, or nowadays maybe a YouTuber whose releases are now more to do with filling their weekly content quotas so that their channel can stay afloat.

Of course, modding is not immune to this. In fact all you need to do is take a look at the Mod of the Year posts here on bit-tech for an inspiring view into this clash. The yearly complaint thread about one style triumphing over another is always an exciting proposition. The thing is, modding is quite a varied topic, and as such it throws up a lot of interesting dichotomies. Classics may include sponsored/professional vs amateur, automated processes vs hand crafting, expensive vs budget... you get the picture. These are all fairly succinct and I guess easy to explain, but there's one interesting label that's rather vague: 'old-school' vs 'new-school'.

Now, I'm not immune to using the phrase 'old school modding'; I'm pretty sure I've chucked it in the odd Mod of the Month article here and there without really thinking about it. The thing is, I'm not entirely sure I know what it actually means? 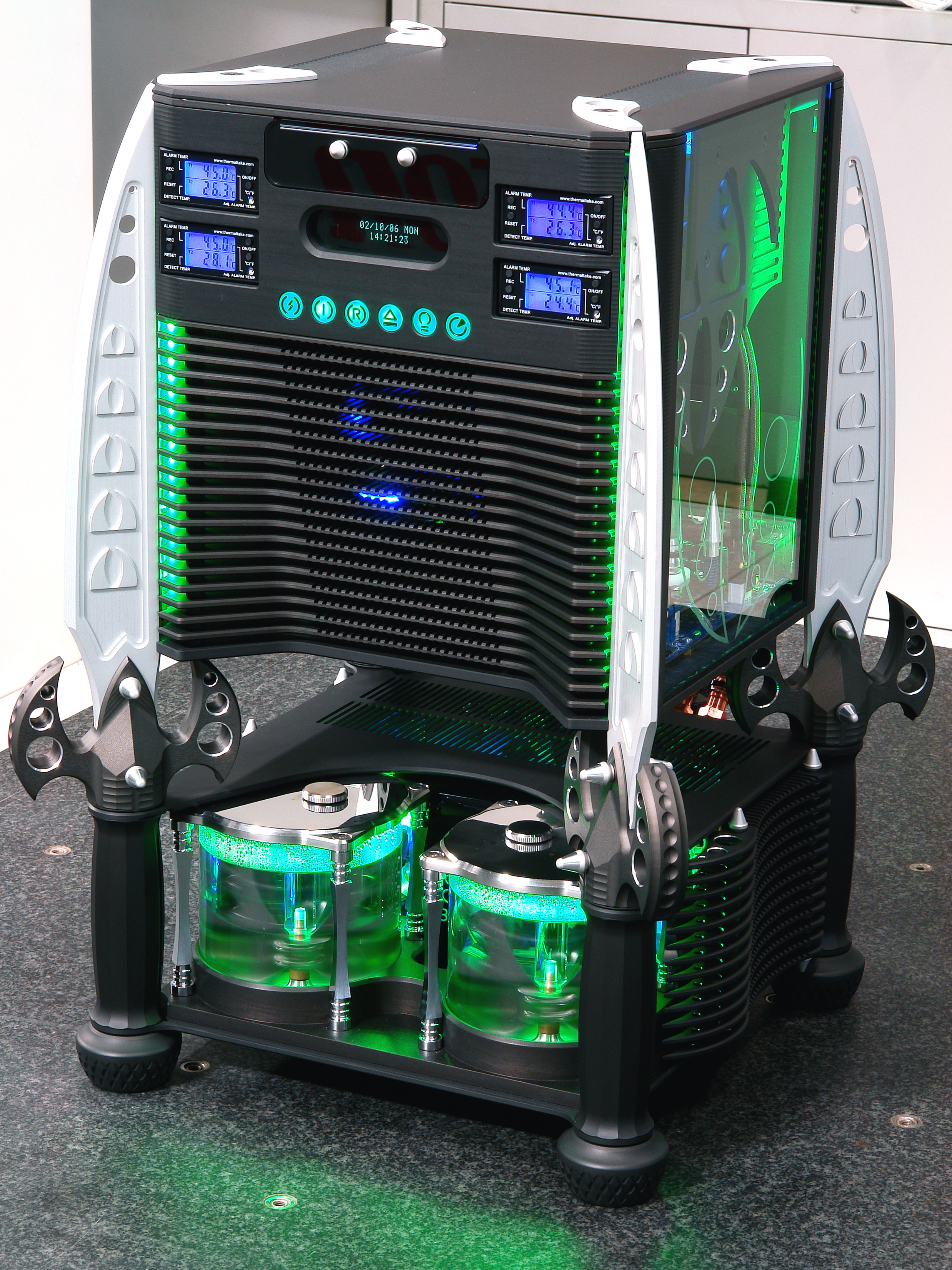 Recently I've seen the phrase being thrown around in different fashions. Sometimes it's in praise of modders who are just starting out or those using classic modding tools like Dremels to craft their builds, but at other times it's used in a derogatory fashion to rag on modders using CNC machinery like routers, lasers and 3D printers. It's that latter point that really does wear me thin. It's not just techniques and tools; the same phrase is thrown about when you see sponsored mods, professional builds, and so on. There's a certain, 'Ooh-err, back in my day...' to it all that doesn't really sit well, if anything because I find it hard to understand exactly what people are alluding to.

On the face of it, things sound simple. Perhaps it's all about using fairly basic tools to build a functional PC, maybe with some aesthetics thrown in, all off your own back. The thing is, at what point does something end up becoming old-school? Surely a build done in 2003 can't be considered new-school? It's a similar argument you find in some car enthusiast communities, where everybody debates what a 'classic' car is. Thanks to the passage of time, surely many of the standard cars from what we feel are modern times will eventually fall into the category of 'classics'. The same can be said of mods too, can it not? 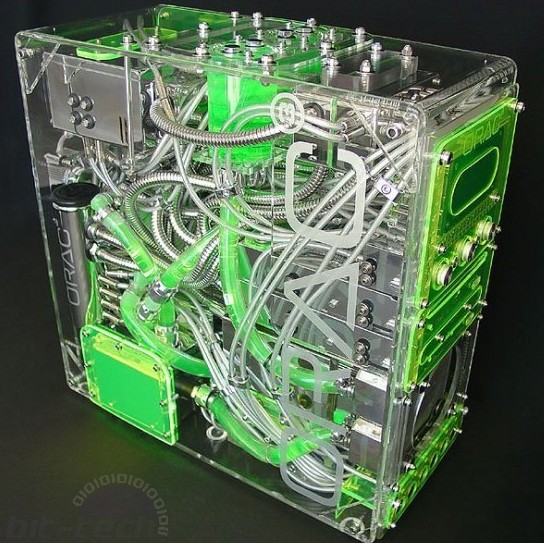 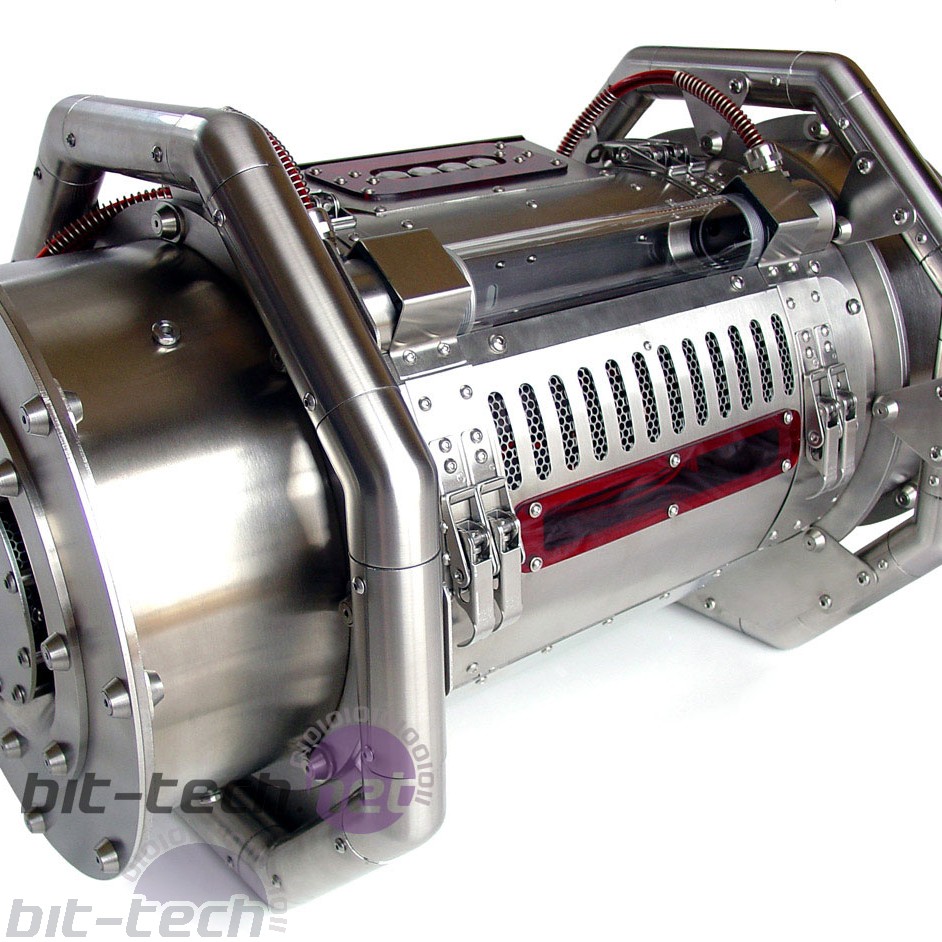 Two of my favourite projects of all time are Orac³ (parts 1, 2, 3, 4 and 5 linked since the in-article links no longer function) and WMD (parts 1, 2 and 3) by the venerable Peter Dickison. These are two of the projects that first inspired me to have an interest in the field, mostly because they were so mind bogglingly good. Are these two bastions of the bit-tech modding knowledge not old-school, if by age alone? In fact, they're oddly timeless in a way; WMD could have been made yesterday bar for the fact that there's a slot for inserting weird pieces of spinning polycarbonate. The build log itself is pretty familiar too: We have sponsors, CAD, laser-cutting, CNC-machining, hand shaping - you name it. Project Dark Blade by G69T still holds the record for the most viewed project on bit-tech and very much falls into the same category, so where does one stand on that particular build?

Sometimes it goes even further; I can definitely recall more than a few times where I've seen the phrase used in relation to one's modding work space, too. For instance, what if somebody had a large workshop in their garage at home because they're into woodwork. If they then build a wooden PC case, all by hand using traditional techniques, is that old-school? You could argue yes, but then you could also say that it's not really representative of that underground modding scene that folks like to refer to with the term. Similarly, if you say yes, would you apply the same logic to somebody who works at a manual machining shop or who's perhaps a professional prop-maker or spray artist? 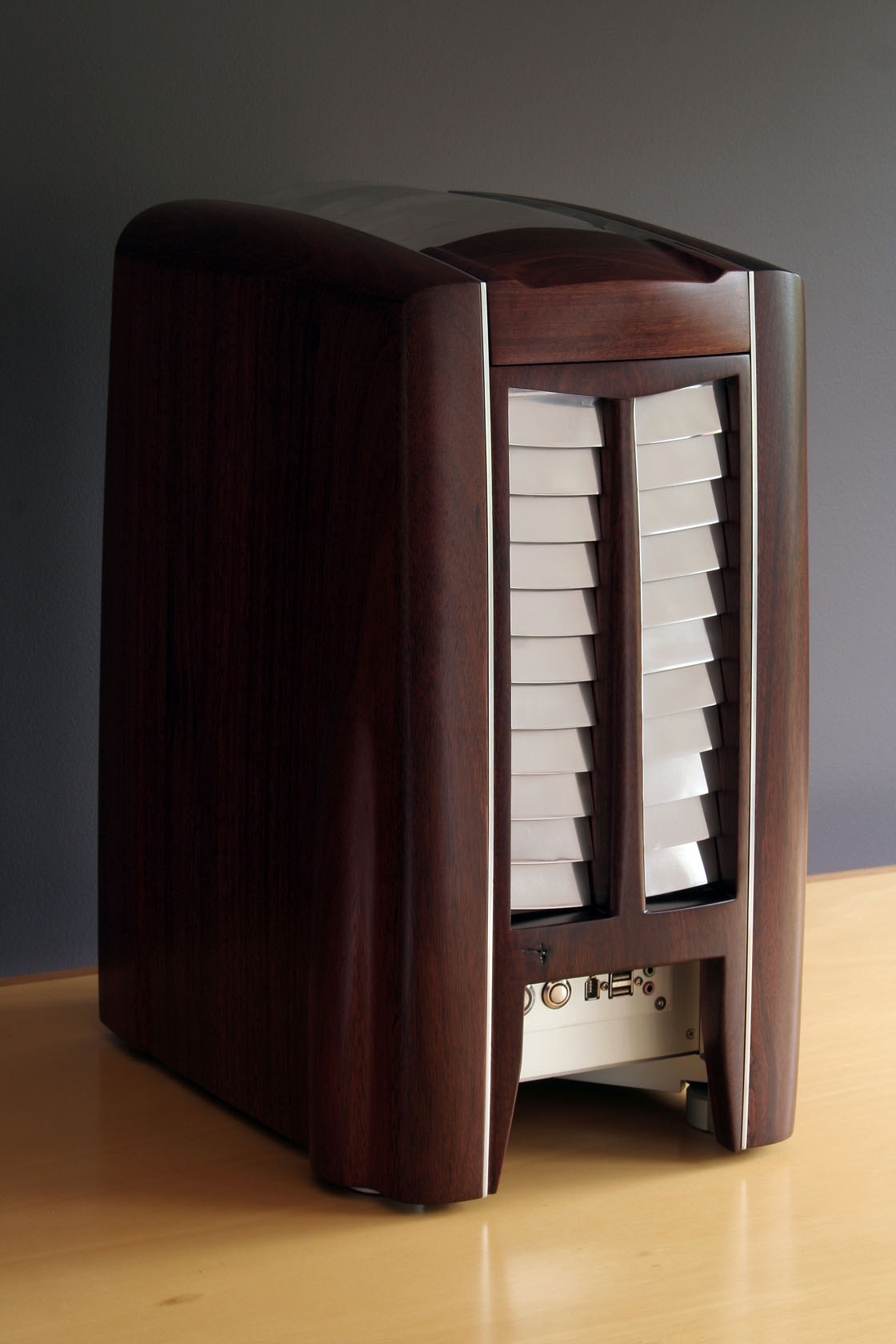 Does old-school modding not even relate to any of the above? There's a point to be made that perhaps it's closer related to what the scene was like in the mid-90s, when many of the more experienced modders picked up their tools and turned their gazes upon their towers. Even here, there's not really sanctuary; back then simply adding some clear fans with lights to a vent plus a couple UV cold cathodes was considered modding. Likewise, that would mean hand-crafted pieces of art like Cygnus X-1 don't really get a look in since they're so detached from that era. Nowadays, apparently making custom cables, adding blanking plates, and a spotless water-cooling setup that in years past could have placed in Mod of the Year here isn't even classed as a mod. It's all so very confusing, is what I guess I'm trying to say. So...

What's your definition of old-school?

When a PC case mod isn't a case mod

Water-cooled PCs are a hot topic and a big focus for marketing budgets, but they shouldn't be confused with case mods.