It's official - the upcoming AMD Ryzen 5 5600X is the fastest of the bunch when you look at PassMark Single-Thread results, beating the Intel i9-10900K after a substantial reign.

First spotted by VideoCardz,  performance category of the popular benchmark software now lists the AMD Ryzen 5 5600X as top of the pile. It scored 3,495 points compared to the Intel i9-10900K's 3,177 points. That effectively works out as around a 10 percent improvement on the Intel chip which is quite the boost for a chip that's also a lot cheaper.

The AMD Ryzen 5 5600X is a Zen 3 processor featuring six cores and 12 threads. It also offers a 200MHz higher boost clock than the Intel alternative with this combination of factors expected to offer 19 percent better performance per dollar than something like the Intel Core i5-10600K. 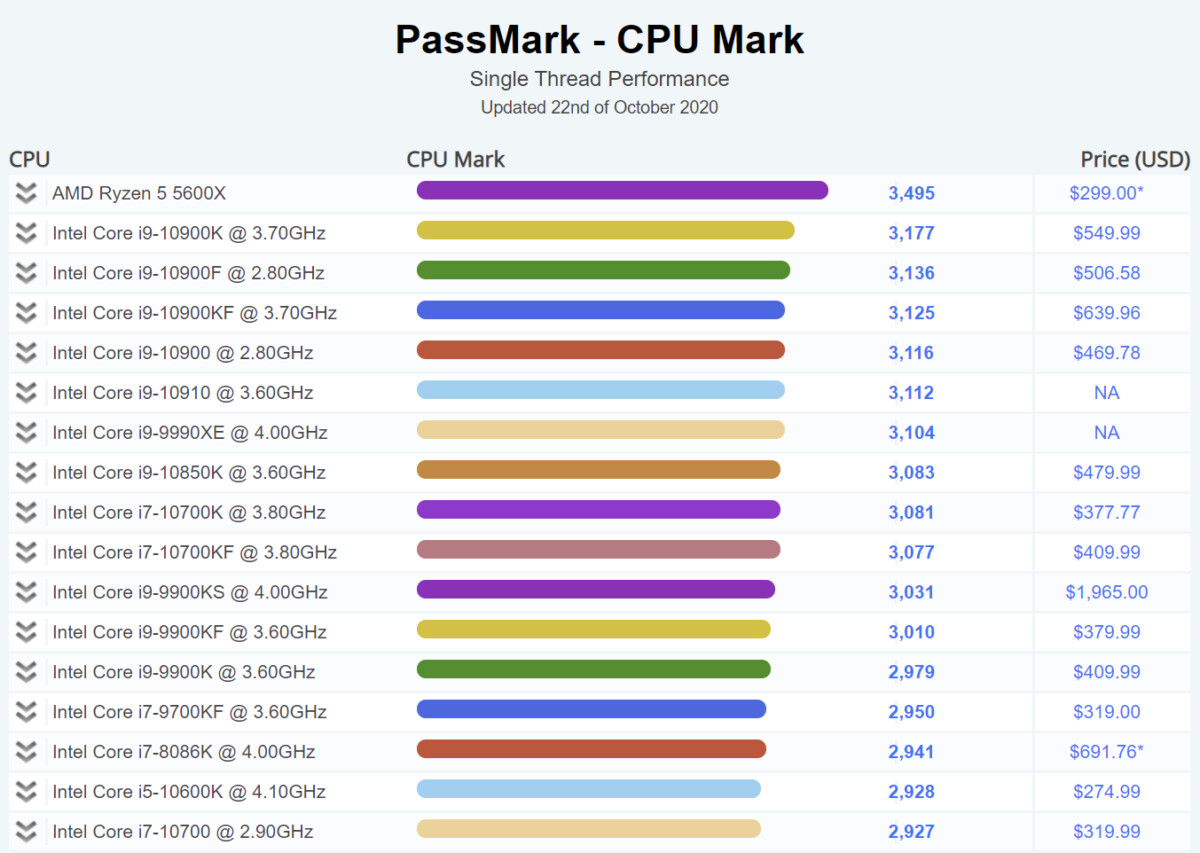 Currently, it also works out as nearly 23 percent faster than the nearest Zen-2 based chip too - the Ryzen 5 3600XT - which scored 2,832. That pretty much confirms what we knew about Zen 3 - it's going to change a lot.

Amongst the new processors, the Ryzen 5 5600X is the first Zen 3-based processor to be listed on PassMark's benchmarks so it'll be interesting to see where others line up according to the competition. In the past, AMD cited the importance of the 'performance per dollar leadership' demonstrating how well priced its processors will be, and it looks like this is shaping up to be accurate too.

We should know more about the four new Zen 3 processors in early November but these leaks of sorts are already very promising indeed. Expect more uncovering of details between now and 5th November when AMD unveils the new SKUs - the AMD Ryzen 9 5950X, Ryzen 9 5900X, Ryzen 7 5800X and the Ryzen 5 5600X. Intel may have good reason to be nervous.

It's been a great quarter for the company

A massive lead on other CPUs seems to be emerging

Assuming they're accurate, of course