Kingston’s gaming division, HyperX, has used Computex 2019 to show off an upcoming keyboard, two new headsets, and a new family of DDR4 memory. 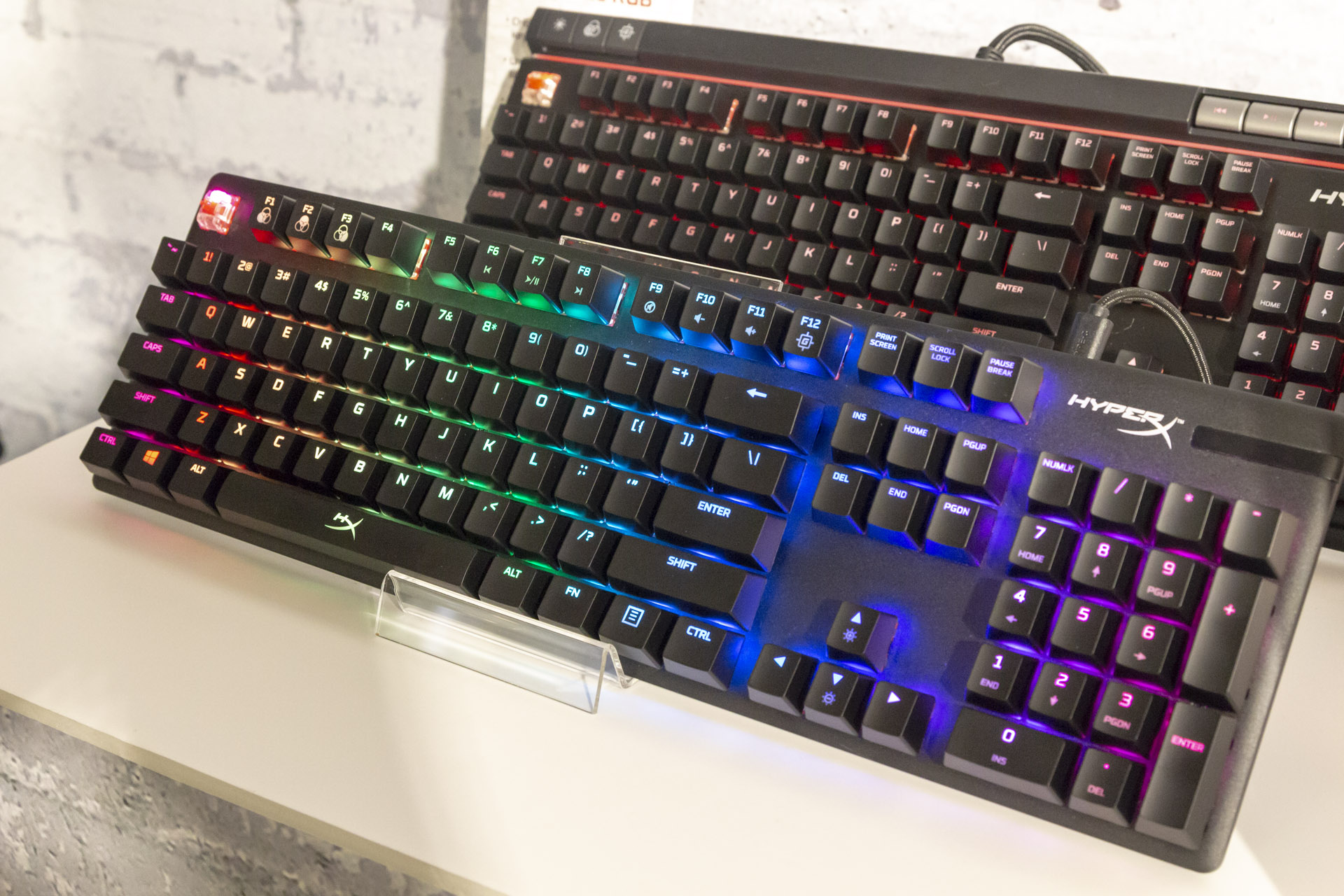 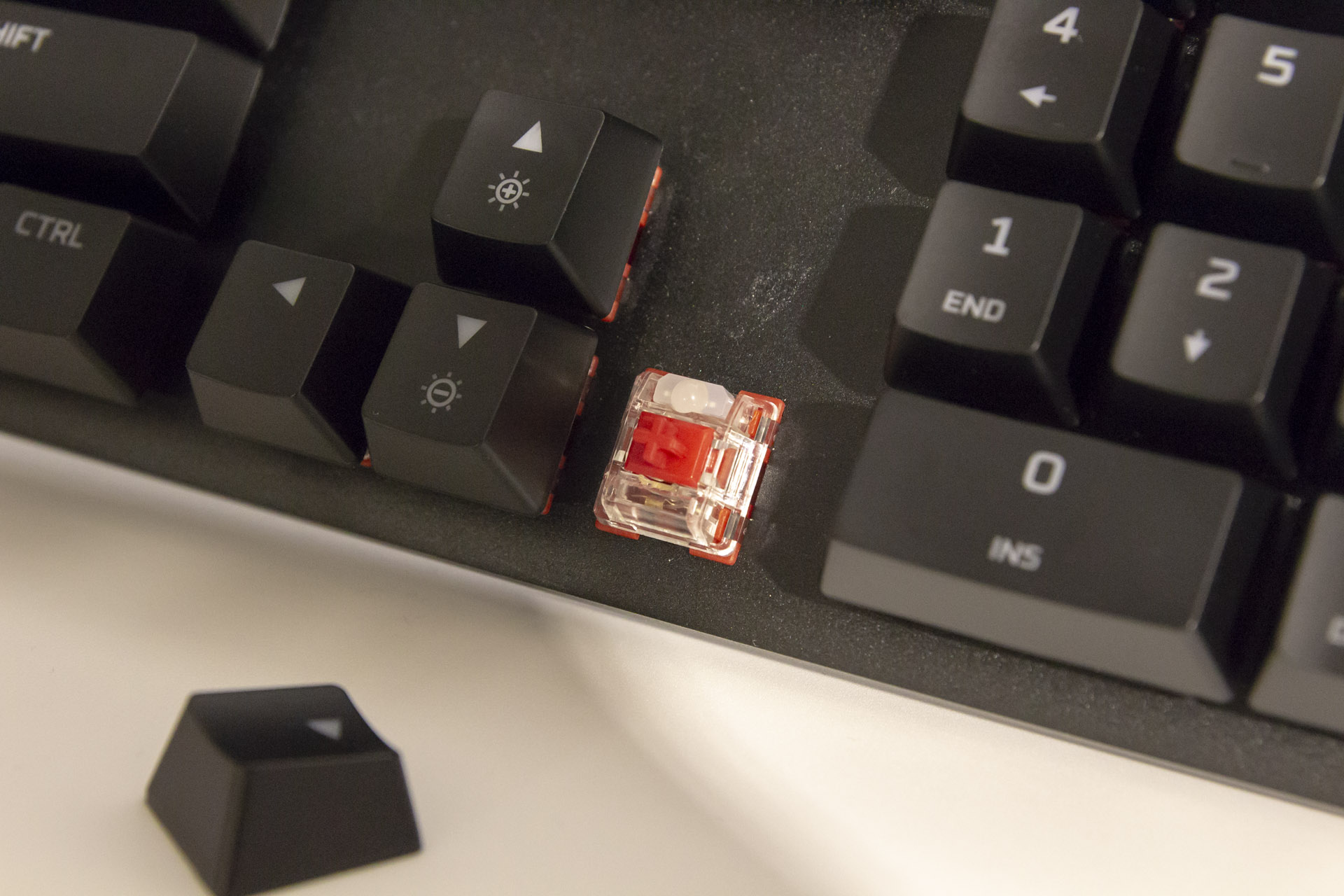 The HyperX Alloy Origins mechanical gaming keyboard is full-size, with each key fitted with new HyperX mechanical red switches that feature a 45g actuation force, 1.8mm actuation point within 3.8mm of total travel, and a linear action. HyperX says it is both designer and manufacturer of these switches, but we expect it is getting assistance from an OEM on the latter part. The switches share a stem design with Cherry MX switches to ensure compatibility with many aftermarket keycaps, and they are rated for a lifetime of 80 million clicks. Each switch has an exposed RGB LED enabling per-key RGB lighting patterns. These and custom macros can be applied to one of three onboard profiles using the new version of HyperX’s NGenuity, and the keyboard connects via a detachable USB-C cable. HyperX is aiming to launch the Alloy Origins keyboard in Q3 2019 with an MSRP of $109.99 (exc. tax). 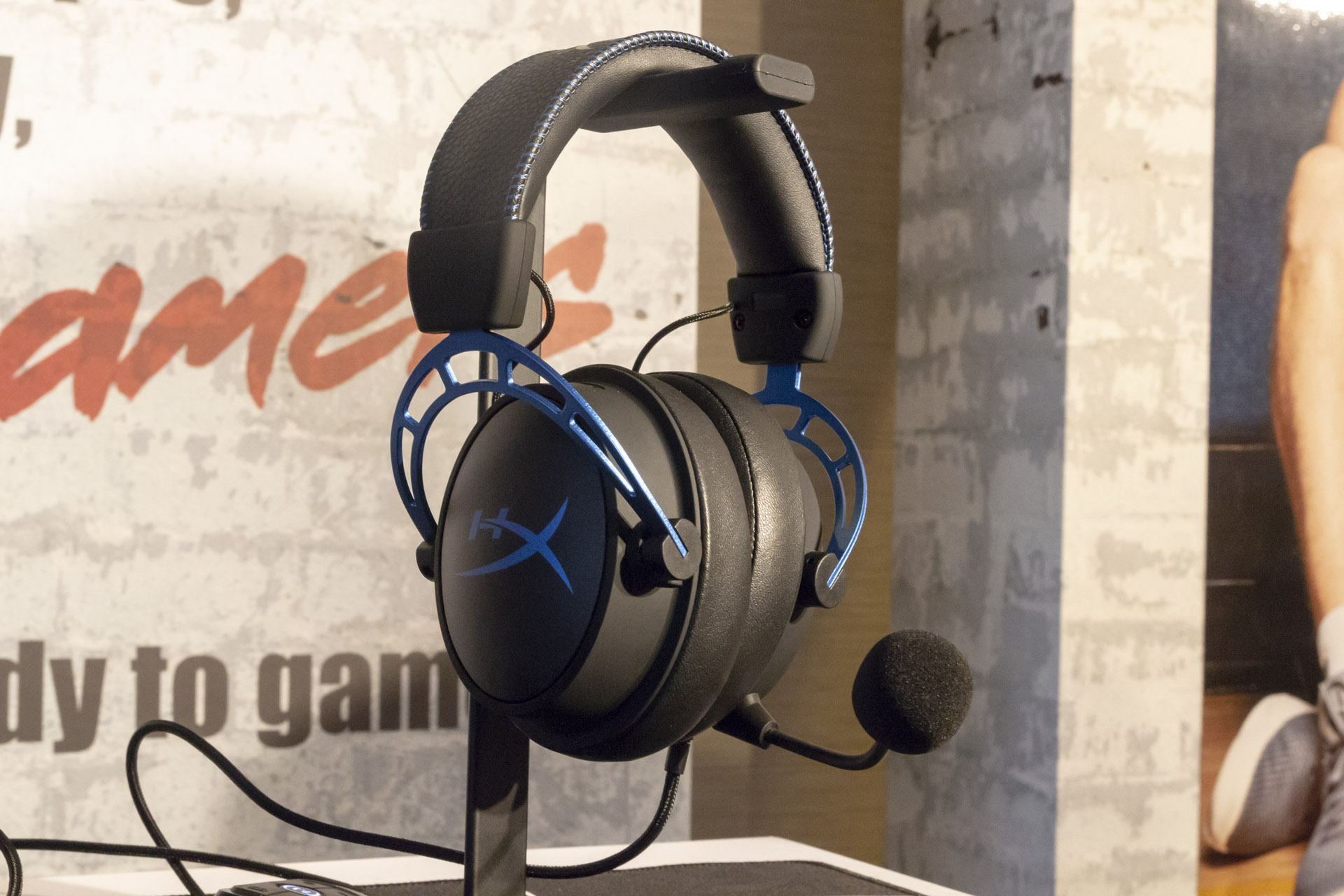 Next up, the HyperX Cloud Alpha S is a USB-based stereo headset. Its earcups sport a so-called ‘dual-chamber’ design that HyperX says allows it to separate bass frequencies from mids and highs to deliver audio described as realistic, immersive, and dynamic, but we’re yet to be convinced this isn’t just marketing jargon; it doesn’t actually have separate drivers, using a single 50mm model in each earcup. The headset also features a dedicated bass adjustment slider, while an audio control box enables HyperX 7.1 surround sound and the ability to alter game and chat volume independently. This headset is slated for release in September 2019 for $129.99 excluding tax. 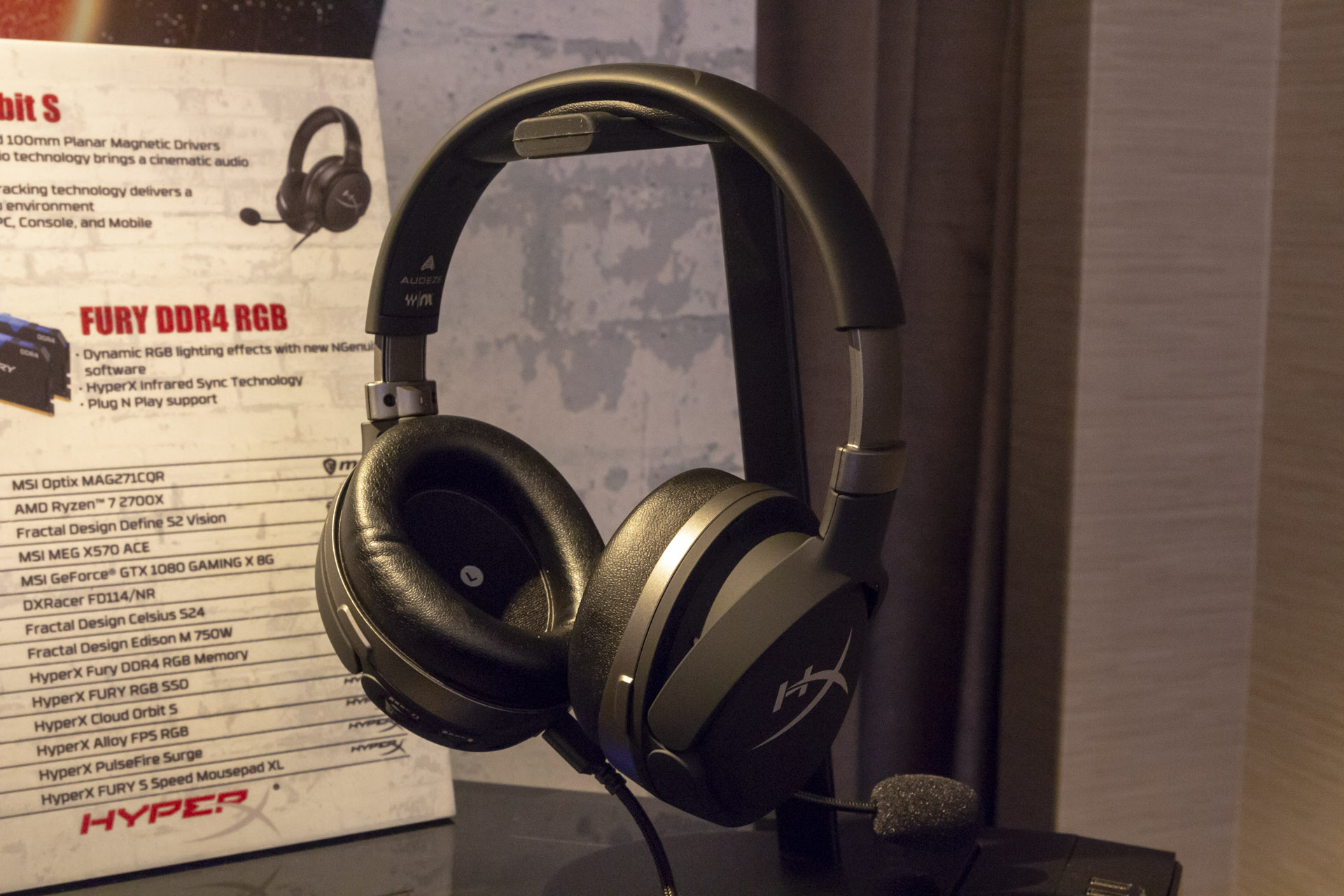 The Cloud Orbit S is a considerably more premium headset offering, as it is due to launch for $330 (exc. tax) when it arrives in Q3 2019. It features patented and exclusive 100mm Planar Magnetic Drivers from Audeze, as well as integrated Waves Nx 3D audio technology and head tracking technology (previously seen on the 1More Spearhead VRX). 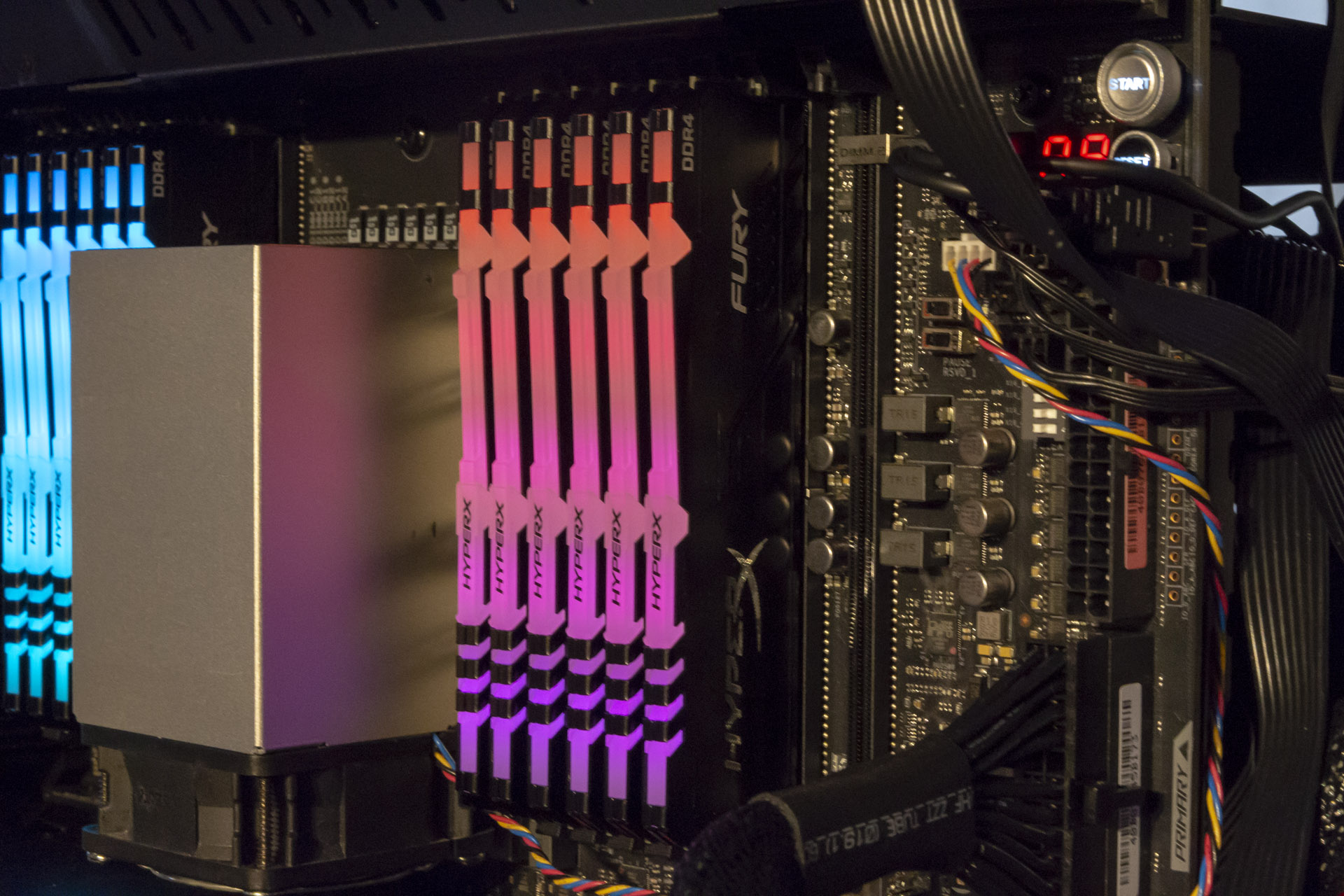 Moving away from peripherals, HyperX also showed up new DDR4 memory in RGB and non-RGB flavours. Redesigned heatspreaders adorn the memory dies, but HyperX doesn’t disclose who the OEM(s) are for these. RGB enthusiasts will be pleased to note that the RGB modules have infrared lighting that keeps them in sync without having to connect cables. Said lighting can be controlled either through the NGenuity software or directly through motherboard packages from Asus, Gigabyte, and MSI (and possibly others). They are set to arrive in the second half of the year.

Returns to its roots with low-cost wired peripheral.