The interior of the Meshify C Mini is just as similar to the ATX-capable Meshify C as the exterior is. There's a full-length PSU cover, and the front part hides a dual 3.5"/2.5" storage cage. The two trays aren't tool-free, but they do offer anti-vibration mounts. There's a plate behind the motherboard tray that offers a trio of dedicated 2.5" SSD mounts, which means you're very well catered for in terms of flash storage but somewhat limited when it comes to real hard disk bays. The hard disk cage is removable via four screws underneath, and strangely Fractal Design doesn't mention this or the fact that the PSU cover has a removable plate at the front in its case guidelines. 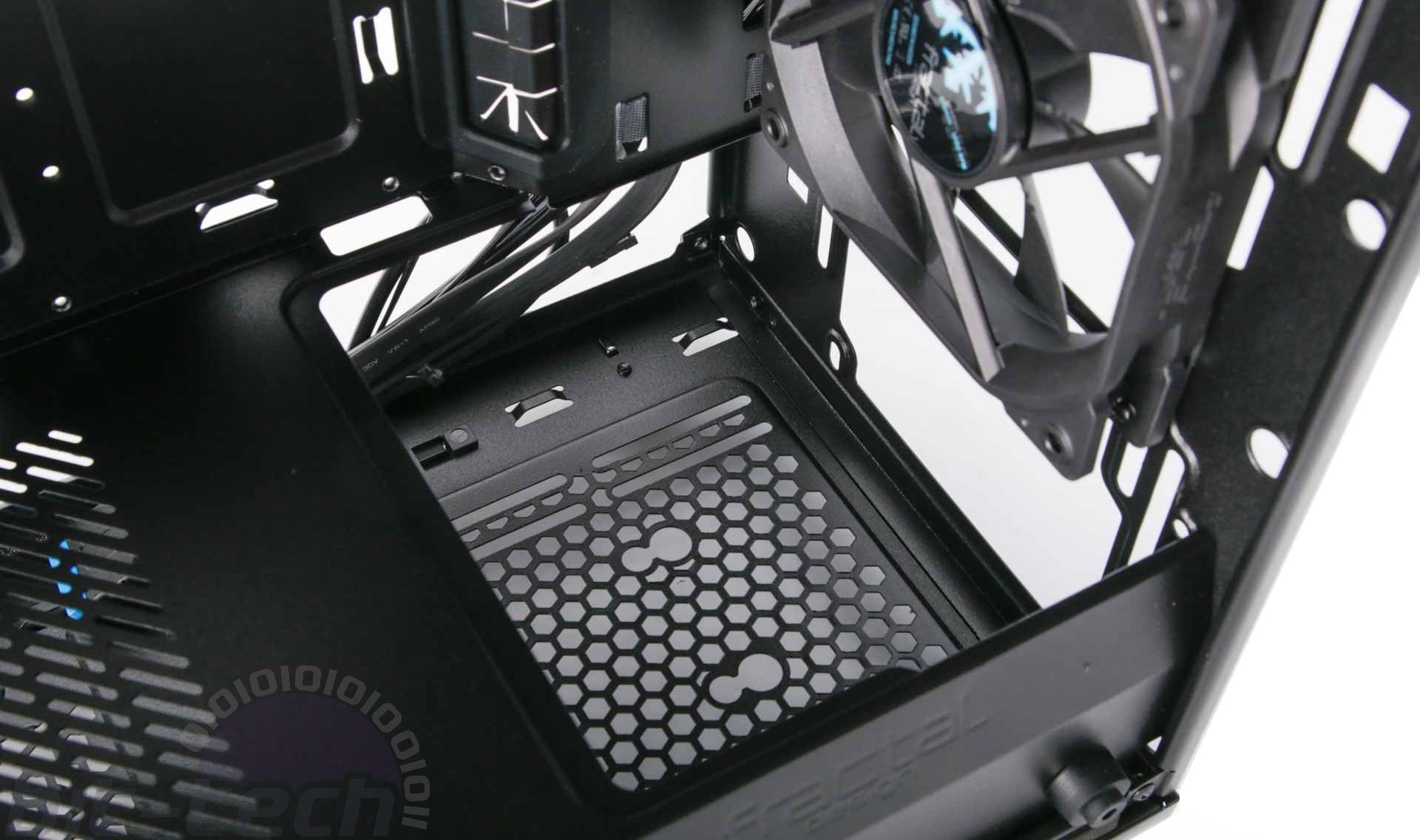 Removing both items opens up a huge space that initially appears to be large enough for a 360mm radiator, but Fractal Design's information states a 240mm or 280mm limit. However, upon removing the cage and plate, we found that even a modest-sized all-in-one cooler was about 10mm too long to fit in the front section, so Fractal Design is correct here in limiting the radiator size despite initial appearances saying otherwise. The bigger Meshify C, meanwhile, does officially support a 360mm radiator in its front section. There's a single 120mm fan included here as standard plus a further one in the rear mount, and both mounts offer elongated screw holes allowing you to shift the fans to line them up with your CPU cooler or graphics card. However, while you can't fit a 360mm radiator in the front, there is enough space for three 120mm fans or a pair of 140mm fans as well as 140mm or 280mm radiators with a 144mm width limit. The roof section sports a pair of 140mm/120mm fan mounts, but due to the proximity of the motherboard, only 240mm radiators will fit up here. This also made working inside the case a tad tricky. The eight-pin CPU power connector is extremely awkward to fit once you've installed the motherboard as are any fan connectors in that region. However, we can't fault the cable routing of the case. There are plenty of holes around the motherboard, and the rear side features a bunch of large Velcro ties that make it simple to gather the slack and create a tidy build. Build quality was excellent throughout, too, and if you need to remove the various dust filters, they're easy to get at and replace.

Bringing Meshify to the upper mid-range, Fractal is onto another winner.

Where have all the micro-ATX motherboards gone?

The iconic series is back for its sixth edition, and it's better than ever.