Intel released a wide number of 10th Gen Core chips for the desktop market last month. Built using the Comet Lake architecture whose provenance lies with 2015's Skylake generation, the chip giant continues to invest in 14nm process technology when rival AMD has been on space- and power-saving 7nm for over a year.

Despite shortcoming from an engineering perspective, 10th Gen Core does even up the desktop playing field to a large degree by offering up to 10 cores and hyperthreading for all processors. Core i9 remains out of the reach of many, Core i7 is now what Core i9 was for the last generation, and Core i5 takes on the mainstream.

Fastest of the i5 bunch is the 10600K. Operating with six cores and 12 threads - reminiscent of the soon-to-be-retired 8700K from a while back - and up to 4.8GHz peak turbo speed, it's clear that Intel needs to drive it hard to achieve stated specifications because the processor is equipped with a high 125W TDP. Such power profligacy is at odds with the Core i5 name, and it seems strange in the face of the 65W Core i5-10500 that is, on paper, nearly as fast.

Being a K-suffixed processor means a couple further things. It's unlocked from a multiplier perspective, intimating easier overclocking, though with peak speeds of 4.8GHz, there's not too much headroom in the ageing 14nm process. The other is that there's no cooler in the box; Intel's rationale being that overclocking-friendly processors will usually be paired with an enthusiast's own cooling.

10th Gen Core also means a new form factor known as LGA 1200 and investment in a brand-new motherboard based on a 400-series chipset. Right now, however, that means shelling out at least £140 on a Z490, but cheaper, feature-limited B460 and H410 boards are fast becoming available. That's a blow to upgraders who merely want to switch generations with the minimum of fuss, though as a crumb of comfort, socket positioning is identical so you can reuse existing cooling. 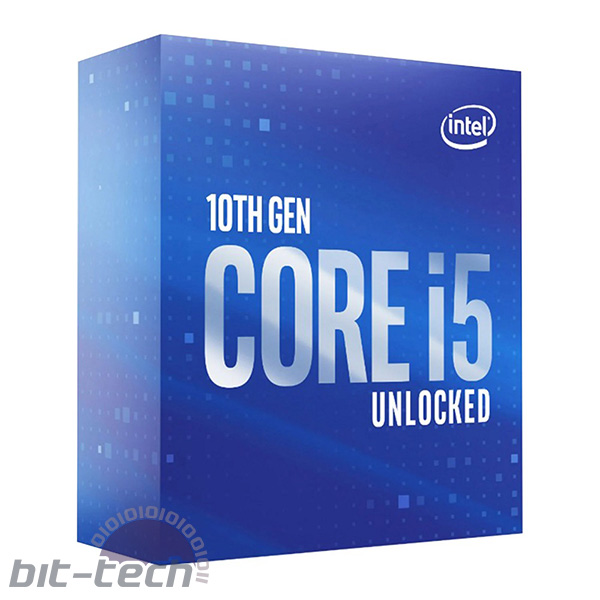 Core i5-10600K adds a modicum of extra frequency and, more importantly, hyperthreading support when compared to its direct predecessor, 9600K, which ought to be a boon in multi-threaded applications. The real comparison is what's on offer from the AMD side of things. The same £280 outlay brings forward the Ryzen 7 3700X chip featuring eight cores, 16 threads and a meagre 65W TDP. On paper, AMD has the beating of Intel at this price point.

Being fair to Intel, the 10600K offers baked-in graphics that AMD does not, and they are handy for efficient, low-power video encoding and decoding via Quick Sync or as a backup if the graphics card throws a wobbly. Those who don't need that extra functionality at all can opt for the otherwise-identical 10600KF that, strangely, is only a fiver cheaper.

It's meant to be great at gaming and solid elsewhere. Let's see if these claims stack up as we compare it against 13 other modern processors.